Paris Kuaför was founded in 1957 by Hakkı KUTLUGÜN and Hayati Pirlepe. In the mid-60’s Europe’s biggest male and female hair salon containing both men and women hairdressers was established.

Since the opening date of the salon the customer profile has been consisted of male and female clients not only from the politics and art society but also of very exclusive names.

Paris Kuaför has focused on the multi-branch concept since 1991.

Every year since the early 90s, with the cooperation of L’oreal, our creative team plans, produces, shoots and promotes our hair and make-up collection and transfers it to the media and its crew. Employees keep their artistic achievements and education as there number one priority. Paris Kuaför educates its team in its own organization. In addition many successful names have arisen from our brand which proves our leadership in this sector.

Since the founding of Paris Kuaför its philosophy has been to keep Turkey up to date with new innovations in fashion by working together with hairdressers and fashion designers around the world and bringing inspiration to its staff with continuous technical, administrative and professional development. 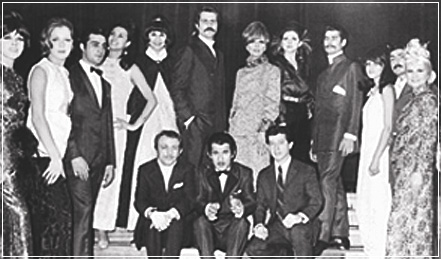 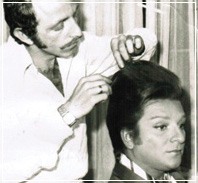 These are the principles that our 55 year old brand has not given up on;

Hakkı Kutlugün was born in 1943, in Artvin-Arhavi TURKEY. He was the son of the only barber in Arhavi, Şevket KUTLUGÜN. Although his father wanted him to finish school he became interested in his father’s profession after finishing his primary education and after saying “I am going to do this job in a big city and not here” he moved to Ankara during his secondary education. Even though he was sent to his uncle, his pride led him to live alone where he looked after himself but it was not easy. After a difficult period in 1955 he began to work at a hairdresser salon opened by a man who had high education and hairdressing training from France. His name was Hayati PİRLEPE. In a very short period of time it was obvious to the eye that Hakkı Kutlugün was working differently from his colleagues. He had not yet been to the army but he managed to become a business partner of this small hairdresser salon within a year

Due to his decisive, hardworking and daring attitude gained after becoming manager, he was able to change the expanding customer profile at Paris Kuaför. At the end of 1957 he was able to push his hairdressing shop to become a large, successful and distinct business while 3 years later again in Kızılay he opened the largest male and female Hairdresser salon in Europe and the Middle East. This was the first ever salon in Turkey that catered for both men and women.

Hakkı Kutlugün opened his first branch in Istanbul Bostan Street right after completing his military service as a hairdresser in Istanbul Harbiye officer’s club in 1963. In August 1966 he married his wife İlknur and had 2 children, Eda and Hakan.

The hairdresser salon with a different type of service became a salon with a customer portfolio consisting of names like Zeki MÜREN, Fatma GİRİK, Müzeyen SENAR, Muazzez ABACI and many more film and cinema artists. It became to be an indispensable place for bureaucrats and prime minister wives like Adnan MENDERES, Tansu ÇİLLER, Nazmiye DEMİREL, Berna YILMAZ, Semra and Turgut ÖZAL.

By introducing principles and bringing innovative ideas to the hairdressing profession Paris Kuaför has been an example to all hairdressers. Hundreds of people have been taught the profession and many of them have grown to become successful names. In 1991, in partnership with his son Hakan, daughter Eda and Necdet who he also called his son, the multi branch concept was introduced. Together they opened 11-12 branches.

Hakkı KUTLUGÜN was the chairman of Haute Coiffure Français, the World’s biggest fashion club during the years 2000-2007.

A very special person who loved socialising and catering for friends, and spreading love and joy, Hakkı Kutlugün, was an exceptional man who always found ways to communicate his knowledge and expertise....

Along with his personality, perhaps it was his artistic spirit that gave him the extreme happiness that we all witnessed when he was close to nature.

Being from the Black sea could be the reason for his passion for rifles and those close to him will know how important his interest in hunting was. Describing him is very difficult and only those who are close to him can understand this but in short he is the most special person and the best father anyone could have. We are extremely proud and are continuously trying to be worthy of him. We love him and miss him like no words can describe. 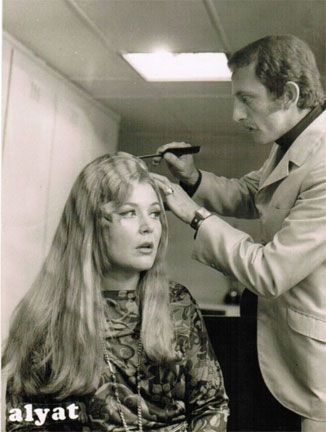 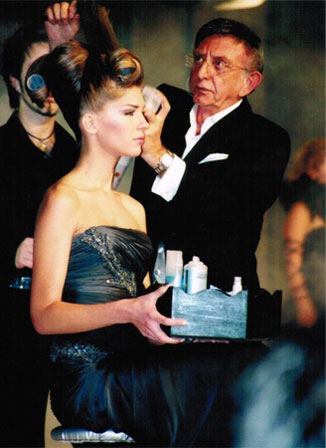